Mopoke first started spinning his downbeat style while living in the Daintree rainforest and had his first set at Cairns Summer Solstice in 2006. He was picked up as a label dj for Ultimae Records and since then has played at a good number of events in FNQ,SEQ & NNSW Australia, including opening set @ Cairns Winter Solstice 2007 & Earthfrequency Festival since it’s conception in 2005, Eclipse Festival 2012 as well as many smaller events.

Mopoke‘s style is deep aquatic alien forest vista’s mixing and stirring in genres such as downbeat/deep ambient/minimal glitch/IDM & dub-soundscape. If flat on your back is where you like to be don’t miss this set. 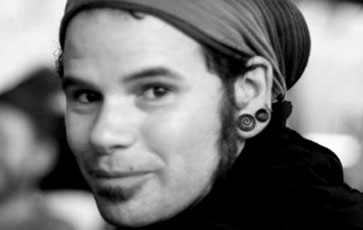