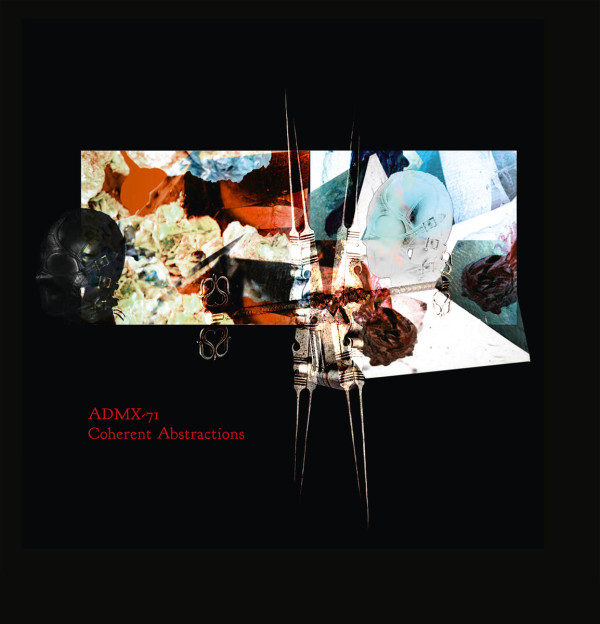 Adam X is back with his third album release under his industrial guise, ADMX-71.

Following releases with the legendary label Hands and his own imprint, Sonic Groove Experiments, Adam paired up with L.I.E.S Records in 2014 for Redacted Files, a 12′ single of slowed-down and tense EBM wizardry. Adam returns to the L.I.E.S. front with Coherent Abstractions, a brand new album of singular experiments that pull from every corner of electronic music’s landscape into a comprehensive and propulsive full-length.

Coherent Abstractions pulsates with fractured rhythms, vacillating melodies and mesmerizing compositions that showcase Adam’s impressive history working in all aspects of the underbelly of electronic music. Noise and industrial elements seep into the album’s 11 songs, churning the cold and abrasive into feverish new territory. Though Coherent Abstractions operates primarily in sounds of solitude, guest vocalist Janina joins “Bound and Broken” for a rare vocal collaboration on an ADMX-71 track. We also hear a frantic vocal performance from the producer on Nearing Obliteration which is undoubtedly the apex of the album.

Throughout the album the music sweeps from breakbeat noir, anxious electronic dub to reflective industrial modes making Coherent Abstractions an engaging and varied listen, updating a late 80’s EBM tone into modern sound design environments, while pushing a reverence for the past and heading into the deep unknown of the future.

For those unfamiliar with Adam’s deeply rooted history in the New York underground, he and his brother, Frankie Bones, pioneered techno in a post-disco, pre-Guiliani, New York City through the late-eighties and onwards past the nineties producing countless records under various guises and finally opening their own shop and record label, Sonic Groove. At the same time they began throwing renegade parties, known as STORM RAVE throughout the 5 boroughs. which was, until this time unheard of in such a major U.S. metropolis and opened the door for what was to come.

Be the first to review “Coherent Abstractions” Cancel reply