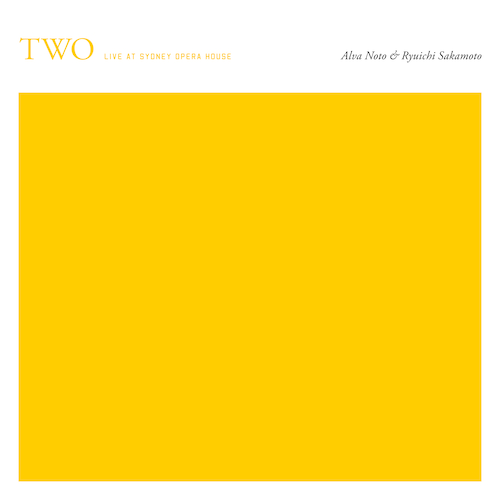 “Two’s pulsing, immersive live performance melded electronic and analogue instrumentation with striking visuals to create one of the most precise, beautiful and challengingly magnetic pieces we have ever had the privilege of staging. That Sakamoto and Noto are pleased enough with the recorded result to share its continuously unfolding, sinuous, questioning music with others is as singular an honour as it was for Sydney Opera House to host them.” Ben Marshall – Head of Contemporary Music, Sydney Opera House.

The sparing, subtle use of parts populating the mix belies a deceptively effective whole, which indicates two masters’ skill and confidence in being able to say something profound with an intentionally restricted sonic vocabulary. At all times the album maintains a calm poise, and despite its improvised nature withholds an innate harmony and graceful order. Like two aural architects free-drawing, this is sound design for better living.