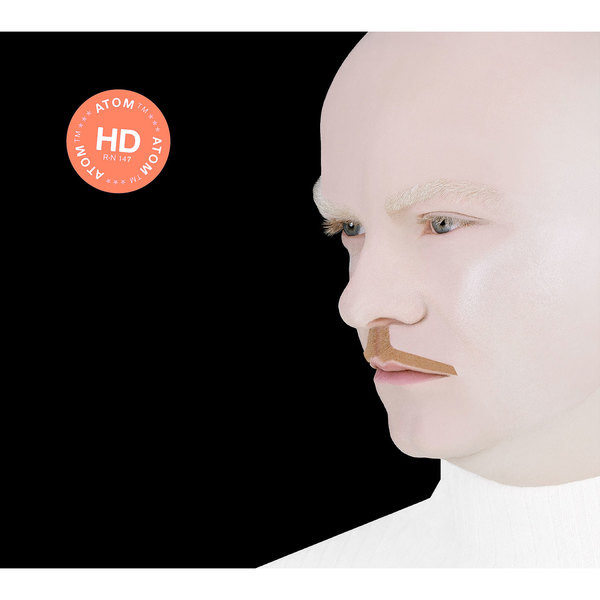 After “Liedgut” (r-n099) and “Winterreise” (r-n140), HD can be described as Atom™‘s electronic quintessence: a blend of pop, electronic abstraction and powerful grooves – an invention Atom™ stands for and which was popularized through previous releases, classics of the electronica genre, such as “pop artificielle” and others.

Here is what the artist says:

“as so often i was asked to say and write something about the recording you are currently having in front of you: HD. to any musician this is no doubt a complicated moment, since the choice of medium had already been taken in the first place: music. however, it seems that the written word needs to accompany the music, if not just to make sure the composer knows how to defend himself. let me be frank, in the past this has been a rather ungrateful job, due to the fact that words either seem to appear like a method of justification or explanation of something that in my modest opinion doesn‘t need either one of the two. in the same sense in which “liedgut” wasn‘t about romaticism and “winterreise” had nothing to do with Schubert, HD isn‘t about anything i‘d wish to express in a lengthy text or would like to see you being able to pinpoint or sell with a flashy headline. in order to get done with the headline, apart from the rather descriptive details I will dedicate my time to in an instant:

HD is a spiritual work

HD is a musical work

HD is a scientific work.

The first recordings for HD were made in 2005. Back then the album still carried another title which was “Hard Disc Rock”. The initial selection of songs for “Hard Disc Rock” was of course a very different one, and while the years passed by most of those songs which did not continue to please, were one by one replaced by newer compositions (in fact the track “stop (imperialist pop)”, which entered the album around 2009, does contain a fragment of an Atom™ track from 1998 called “Hard Disc Rock (don‘t stop)”.) All of the ‘early’ tracks for the later re-entitled HD album necessarily were subject to profound changes in music and words, and I can say that by the time around 2012 “Hard Disc Rock” had completely transformed into something else, which is pretty much what you got laying in front of you right now. HD contains a couple of contributions by friends and colleagues such as Jamie Lidell (main vocals on “i love u”), Alva Noto (additional programmings on “ich bin meine maschine”), Marc Behrens (additional programmings on “strom” and “my generation”), Jean-Charles Vandermynsbrugge (main vocals on “pop HD”), Dominique Depret (guitars) and chilean pop star Jorge Gonzalez (backing vocals, guitar and bass raw material) – a diverse selection of guest musicians which very much reflects the general spirit of HD.”