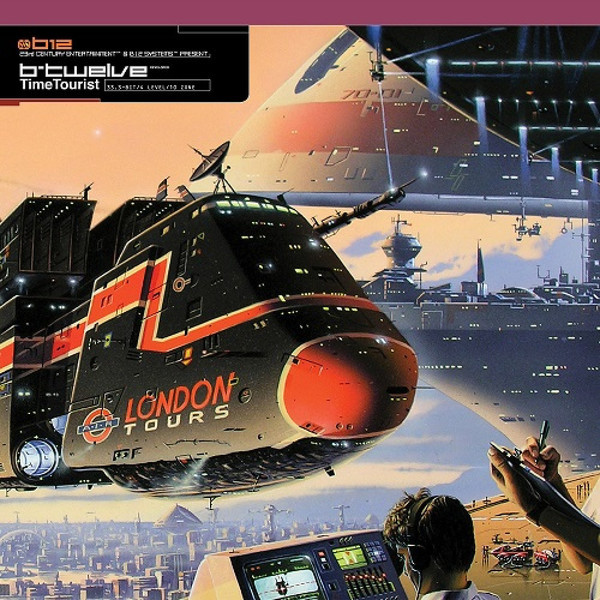 Warp travel back to the lost futures of 1996 with this first-ever reissue of Time Tourist, the second album from the pioneering ambient techno producers B12.

Housed in an evocative Designer’s Republic sleeve based on a classic Trevor Webb airbrush painting, the sleevenotes of Time Tourist elude to the project as soundtracking a dystopian future society that’s looking back at the primitive past, evident from its strong references to Blade Runner, Philip K. Dick and Star Wars.

Each track on Time Tourist continues the outer edge excavations that made B12’s debut album, the Detroit inspired science fiction of Electro-Soma (album 4 in Warp‘s Artificial Intelligence series) such a mind-warping experience, yet the concepts here are arguably stronger with the album originally made as an educational soundtrack designed by the 22nd-century company “B12 Systems”.

Upon its original release, Time Tourist looked further out than most of B12’s AI peers to the outer space narratives that played such important role within the origins of techno that were built within the late 80’s and early 90’s landscape of Detroit. As such, they reached levels of science fiction escapism that few others have.

As a cultural document, Time Tourist is an evocative reminder of a time when electronic music really did hold the keys to the future. Yet with this newly reissued edition, we’d say there has never been a better time to take a tour of B12’s truly, timeless techno.