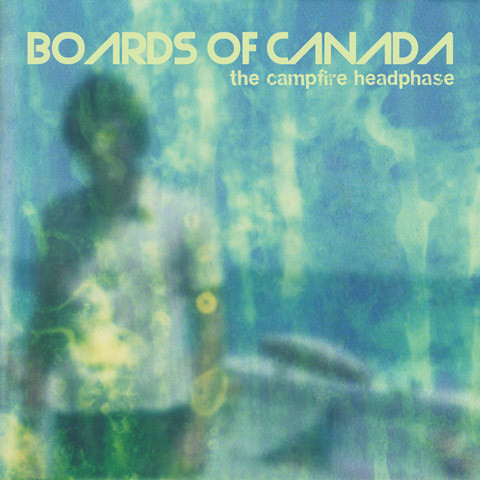 The Campfire Headphase reconfigured Boards of Canada’s entrancing and idiosyncratic sound in the wake of two critically-lauded albums in a manner which showed a commitment to innovation, rendering the piercing dread of Geogaddi hazy and fuzzy. ‘Dayvan Cowboy’ led the change in focus with the appearance of a flanging guitar line amidst a blissful hip-hop base, which delivered on the duo’s potential for more mainstream appeal without sacrificing the ambiguous allure which they had made their own by the time of the album’s release in 2005.

The record contains many of the strongest ambient tracks of Boards’ illustrious career, with the poignant two-part closer of ‘Tears from the Compound Eye’ and ‘Farewell Fire’ wrenching trademark raw synth bubbles and naïve washes into an astonishingly beautiful concoction. ‘Chromakey Dreamcoat’ marries an innocently jangling guitar lick with cinematic swells of texture recalling the ambient work of label-mate Aphex Twin, while elsewhere on ’84 Pontiac Dream’ the guitar leads blur into shoegazey distortions which fade to grey. The album remains a gem in Boards of Canada’s discography, and a vital entry point for fans of more band-orientated music in approaching the duo’s work.