Do It At Your Funeral 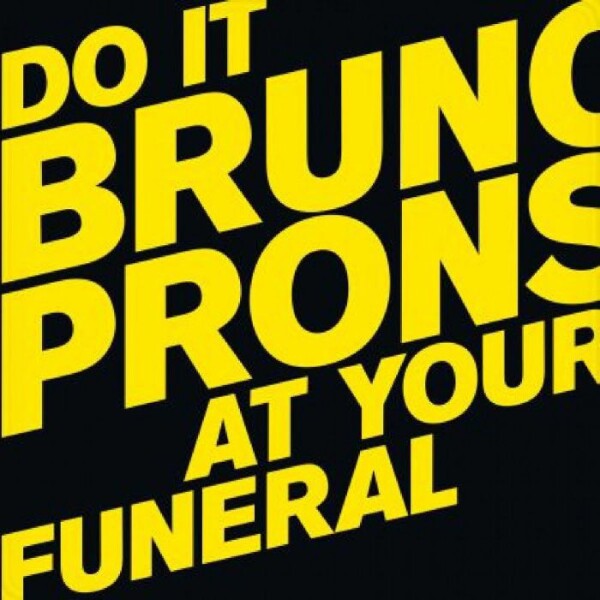 Do It At Your Funeral

Spread across 2 x 12″, Do It At Your Funeral is quintessential Perlon and amongst the detuned glitches and modular static pops, there is legitmate musical genius to be found.

The bowed strings of ‘Catching Lisbon’ arch effortlessly around the muted beats. Title track Do It At Your Funeral from what we can make out from the album clips is somewhat of a freeform jam and the close hat therein seem to wander all over the track, or perhaps it is the track that is shifting and not the hat?

Local Vampires is one of the tracks we discussed earlier that holds the promise of impressive musical ingenuity. The jazzy chords intertwine with metallic steel toms to produce a stark juxtaposition between organic material and cold steel. There is not much to go on with Version You but the squeaking synths seem to hint at a much fuller idea being formulated further on down this dark and gloomy path.

The second of the double 12” find Pronsato in a much more vocal mode where With Daze and its spoken word ditties dance around in the shadows while bendy synths do their thing at the peripherals. Isn’t Measured Isn’t Managed could quite easily be the best track on the album, it could also just easily be an experiment in sound centering on alien linguistics. We will need to wait for the album to release to find out I guess.

Unlike the other sides of this album, side D has 3 tracks on it, so the longitude of one of the tracks will surely suffer, but again what is an album without these sonic skits that help to give overall context. Best Before Benj has the hallmarks of being one of the album’s lusher moments but this can all go out the window without a moment’s notice. We do hope this isn’t the case. Ode To Street Hassle features the vocal talents of Benjamin Freeney and again hints at a mid-paced moody bomb which Pronsato is so well at crafting from so little.

Rounding out the long-player is Simenon Briefly and even in the dying moments of the album beauty can be found in amongst the tangle of warped FX and delay feedback. A release for all parts of the evening we are sure you will have noticed by now as is the Perlon schtick, we just hope it won’t be too long before this release gets the celebration it deserves in one of Berlin’s minimal strongholds.