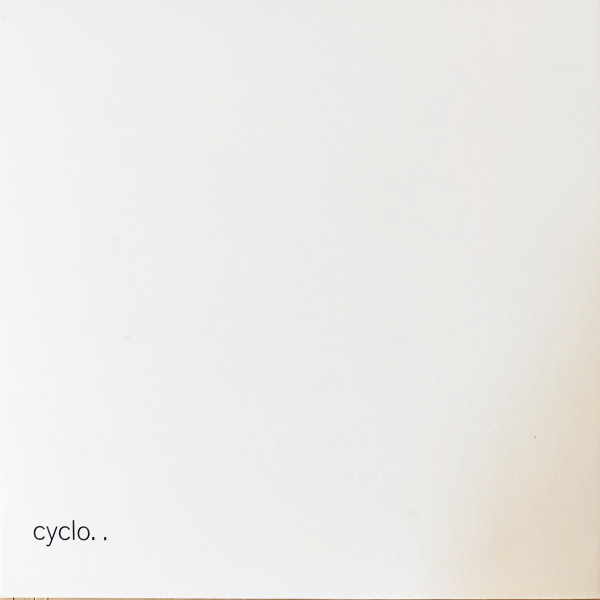 Carsten Nicolai and Ryoji Ikeda’s seminal minimalist project. Originally issued on CD and LP in 2001, Cyclo.’s . was, and more or less still is, the last word in purest, stoically funked-up digital sound pressure.

“Cyclo. is a collaborative research project by Ikeda and Nicolai which focuses on the visualisation of sound. The artists are developing a database of sounds that they are composing for the visual responses these produce when analysed in real time using equipment developed originally for phase correlation in mastering vinyl records. With such stereo image monitoring equipment, the phase and amplitude of stereo signals can be illustrated graphically.

The audio elements have been constructed and chosen through agendas concerned with the minute editing of frequencies (often beyond the physical range of human hearing) and the perceptual amassing of audio elements to an undefined point. For Nicolai and Ikeda an ‘infinity index’ of sound fragments is a conscious motivation forming the basis of their research and feeding cyclo. with the audio material required for visuality.

In amassing this archive, Nicolai and Ikeda transcend the usual dynamic whereby image acts merely as a functional accompaniment to sound. They arrive at a standpoint from which the audio element in the process is subservient to the desire and appetite of the image. Although this imaging is purely 2-D in display, the process proposes 3-D possibilities. Their proposition is that the structural complexities of these visual metered shapes, born and examined from the perspective of audio metering, may have in them a rich potential for architects, designers and engineers to find starting points for structural readings.”