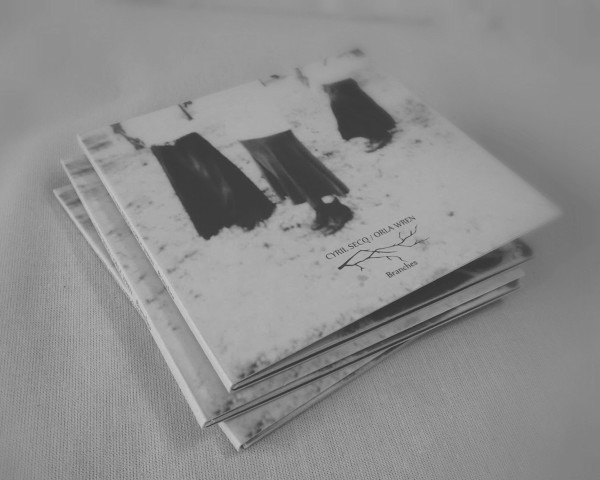 Branches came into being during a long time planned project between Tui (Orla Wren) and Cyril Secq (member of the band Astrïd). Having worked together when Cyril contributed guitar to the Orla Wren’s previous albums the idea then formed to do something further and even more collaborative. At the same time, Cyril had recorded many guitar parts, as a solo project, that had never been released. And they were the basis, the bones for Orla to work, completely free.

It’s a duet between acoustic strings and processing, field recordings, edits and organic arrangements. This music is steadily ramifies, growing out of itself like a wild tree. The tunes woven together and untwine again as a branches shaken by the wind. It sounds focused, calm and distinct. Although everything has been done in distant places (France and Scotland) the result sounds like two musicians experimenting in the same room, sharing their background and culture.

Be the first to review “Branches” Cancel reply