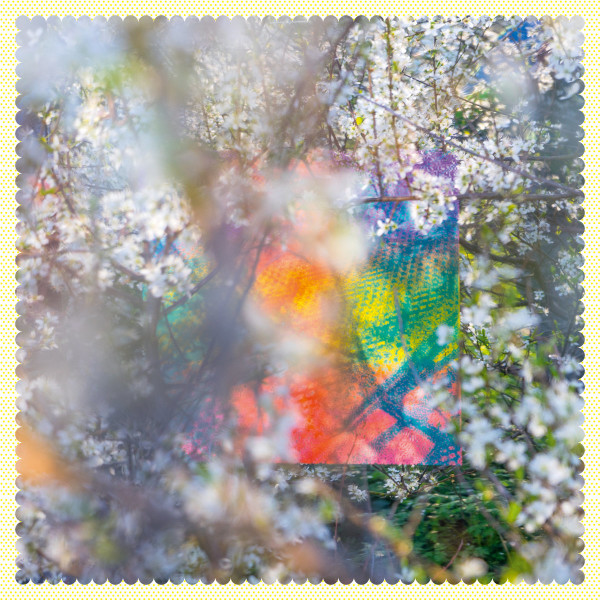 Sixteen Oceans has 16 tracks, and there are only a further three club cuts. Aside from Baby, none of them are quite as striking as, say, the recent Dreamer, or lots of the 2012 singles collection. Insect Near Piha Beach comes very close, though. An enigmatic string instrument and wafting vocal phrases wrap themselves around the toughest drums on the album, exactly the sort of radical contrast Hebden enjoys so much.

This club/non-club ratio is similar to that of New Energy, the last Four Tet album, but Sixteen Oceans surpasses that LP through the strength of its ambient and electronica. In fact, one of the most significant details here is that the album slips into a glacial ambient movement for its final six tracks. In getting a handle on this section, it’s helpful to think of birdsong, samples of which appear frequently throughout Sixteen Oceans. From 1993 Band Practice through to Mama Teaches Sanskrit, there’s a sense of gorgeous fragility and percussive melodicism that we might associate with the calls of birds—see, in particular, the sumptuous This Is For You. 4T Recordings (named for Hebden‘s first solo alias, which he adopted in 1997) is this section’s discreetly dramatic peak, where haunting vocal cries and sustained bass notes join more birdsong and a gurgling melody for what feels like a moment of post-rave bliss.

A similar sense of innocence and hope prevails on other highlights. Romantics is the soundtrack to lovers idling by a river, the James Blake-style vocal sample and rolling harp keeping pace with the steady steps of the beat. There’s also a literal link between the music and title in Harpsichord, the instrument being played atop a cherub’s cloud of pads. It’s almost a year since Teenage Birdsong was released as a single, but it’s as good a summary of Sixteen Oceans‘ appeal as you’ll find here, particularly if you watch its video. It could have come off as patronising or contrived to follow two (presumably) teenage fans to a Four Tet gig at Alexandra Palace last year, but the images of the young women getting ready and later losing themselves in the show are surprisingly moving next to the unusual flute melody at the track’s centre. This says plenty about Hebden‘s capacity to innovate within an aesthetic he himself created, which may ultimately be the reason Sixteen Oceans succeeds and the Four Tet project moves onwards.