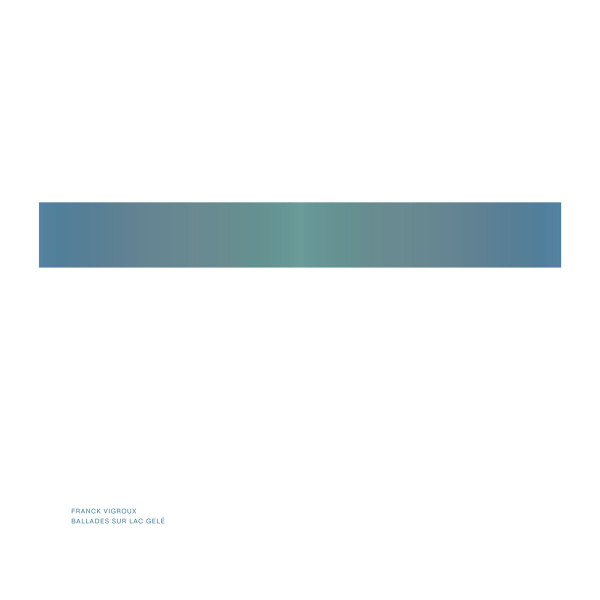 We met Franck Vigroux for the first time years ago at Berlin’s Berghain during a soundcheck. At that time he performed with Mika Vainio, with whom Vigroux often worked together. The first track on Ballades Sur Lac Gelé dates back to that time. It was created under the impression of this collaboration and friendship with Mika Vainio. This album is dedicated to him. Vainio‘s oeuvre is also significant in connection with the history of raster, so it was only logical and our wish to release this album by Franck Vigroux.

With the beginning of the corona pandemic, Franck Vigroux took up this early material again, he continued to formulate it and completed the present album Ballades Sur Lac Gelé. The title already defines the theme of the ballad, a “song/poem with very minimal structures” (quote Vigroux). “Ballade” is also a play on words with the French word “balade”, in this sense a ramble, a ramble over a frozen lake. The reduced, cool structures reflect this. But at the same time, under the surface, the (often distorted) sound carpets steadily increase to immense power. Like ice that grows and tectonic forces that have to erupt, glacier-like.

Vigroux is very skilled at creating music in this minimalist setting. The intertwining of very few musical elements creates a kind of soundtrack that is multi-layered and at the same time universally intelligible.