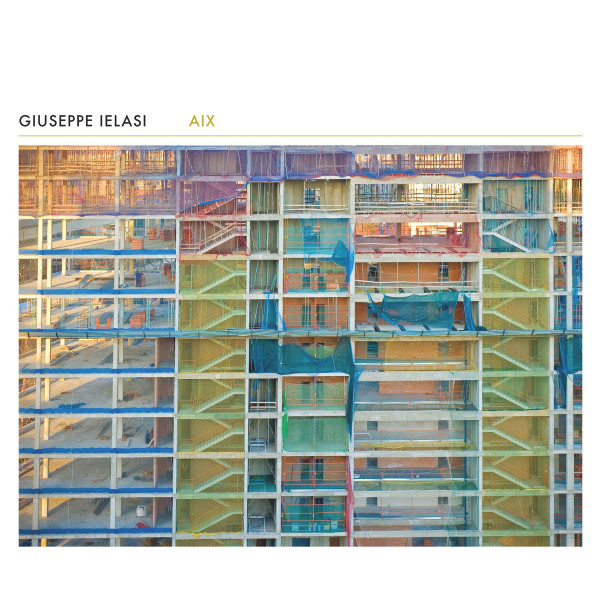 Aix is an outstanding piece of work by Italian electro-acoustic savant Giuseppe Ielasi, originally released in 2009 on Taylor Deupree‘s 12k label, the follow-up to 2007’s August (12k) and Ielasi‘s first collaboration with Nicola Ratti as Bellows, also out in 2007 (Kning Disk). Originally only released on CD (12k), the album got a very limited vinyl issue on Czech label Minority Records in 2010. Keplar presents this extraordinary and timeless collection of 9 evocative minimalist soundscapes on vinyl again after 10 years.

From the original press release in 2009:

“With Aix we see Ielasi building his layered, atmospheric music around rhythmic grids. Most of the time these are quite irregular and the pulses are not neccessarily stable or clear. Where his previous work approached sound in a linear fashion Aix imposes a strong vertical development with the aforementioned grid and a production consisting of ons and offs, employing as much improvisation as Ielasi’s previous work, but in a different way.
Despite the self-imposed grid structure, Aix relies heavily on randomization. Not in the traditional sense of sound placement but instead of the spatialization of sounds, echoes, reverbs and the stereo image. As a result, Aix has an amazing sense and clarity of space as the small fragments of sound breathe and find their own place in the mix, thanks to Ielasi’s sublime skills as a mixer and engineer.
Ielasi relied heavily on numerous short samples and combining them in ways that fell into his groove; some found from others’ recordings and many more recorded during the past year. We hear fragments of percussive (acoustic) objects, drums, piano, trumpet, guitar, and, of course, synthetic textures. Although there is a distinct rhythmic pulse to Aix, Ielasi manages to mold it into something wonderfully languid and warm… and strangely inviting.”

For more than 20 years Giuseppe Ielasi has been releasing his recordings on labels like Erstwhile Records, Häpna, Kning Disk, Dekorder, 12k, Entr’acte or Editions Mego, as well as on his own label Senufo Editions.

The label Keplar has been on a long hiatus and is now back with its KeplarRev series presenting vinyl re-issues of essential electronic albums from the 90’s and 00’s, as well as new recordings by momentous electronic and ambient artists.