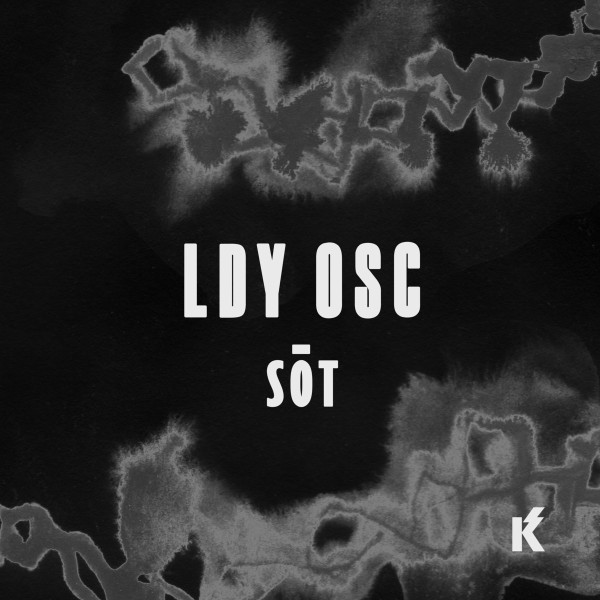 Sōt is old English for soot. This black powdery substance is everywhere in LDY OSC’s debut album, blocking out the air and making all natural vibrations sound gritty and rough. The album itself is like a dub version of the Chernobyl meltdown. In some parts you get a real sense of how much air there is to breathe once humans are out of the picture, with unrestrained melodies and rhythms frolicking in the vastness of LDY OSC’s post-apocalyptic soundscape. In other parts the effects of extreme radiation are made acutely apparent. Synths, guitar pedals and trapped echoes of human voices seem to be melting and morphing together in ungodly ways, casting uncanny shapes on the walls of the failed reactor. It’s a thing of horrifying beauty.

Alyssa Barrera Auvinen got her artist-name LDY OSC while earning a Bachelor’s degree in Music and Sound Engineering in New York. She would treat oscillators as patients and living creatures through her synth DIY projects. This is made very obvious in sōt: living oscillators used for industrial music which are then burned to organic matter and turned to dub. After releasing her first EP on The Bunker New York, LDY OSC couldn’t have found a more accommodating nest than Kontra-Musik for her unforgettable haunting debut album.