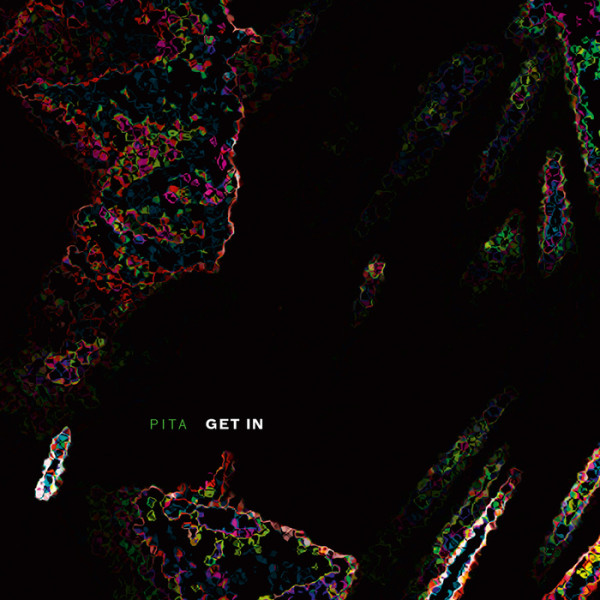 Twelve years have passed since Editions Mego boss Peter Rehberg released his last full length release Get Off on the Hapna label. In the interim, along with running the label, Rehberg has embarked on a series of soundtracks for the French artist and choreographer Gisele Vienne. Out of this collaboration the seeds were planted for the prolific KTL, guitar/computer duo with Stephen O Malley.

After a surprise return to live performance in 2015 we are now presented with Pita‘s new full length document under the banner of Get In.

Get In extends the perennial Pita sound into a paradox of intimidation and beauty. 20150609 teases the juncture between the human and the tool, the improvised and composed and the analogue and digital. Aahn inhabits a field of electronic nebula, simultaneously inviting and alien. Line Angel could be a new form of minimalism for the post internet crowd. S200729 harks to an acid most splintered whilst Mfbk completes proceedings as an ambient drift underscored with classical overtones.

Get in is a beautiful, engaging and unsettling listen. A multi-headed hydra presented as the ultimate dystopian sonic journey.

Be the first to review “Get In” Cancel reply