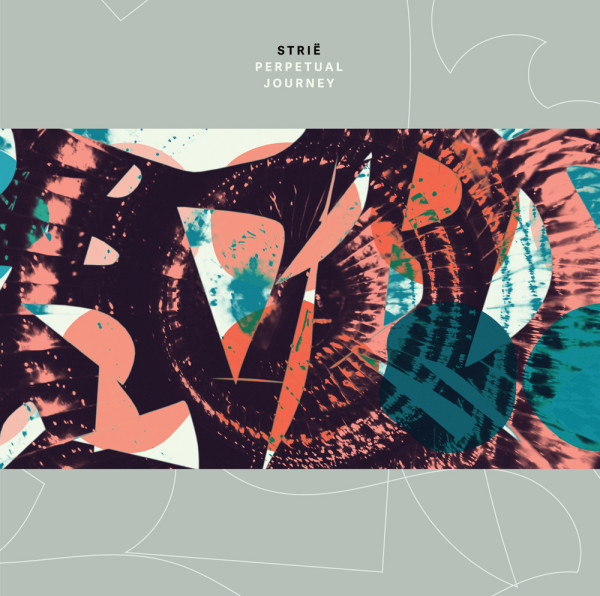 Strië is the pseudonym of Polish multi-instrumentalist, composer and producer Olga Wojciechowska. Initial works released under this alias did not reveal Olga‘s real name; the moniker was born of a desire to sever ties with her past musical identity, to make daring new music for music’s sake and to do so with freedom and impunity.

Inspired by the true story of Laika, a stray dog sent into space by Soviet Russia in the fifties, Perpetual Journey speaks of the emotional journeys and strange fates that entangle our lives. An intoxicating ascent into the upper atmosphere and beyond, Strië‘s collagic style is profoundly felt on these six compositions; fragments of sound layer up to create an ever deepening sound stage, bound together with layers of static and hiss. Perpetual Journey is another irresistible invitation to spend time with Strië in the immersive, introspective world she inhabits.

Her music occupies a unique and dreamy sweet spot that takes inspiration from many different places. You feel the influence of contemporary modern classical music but without the airs and graces, she flirts with the notion of beat music, without ever introducing beats, there’s an infatuation with sound design and a vintage tone which brings to mind some of the best musique concrète.

With this new release for Serein, Strië reveals her true identity – she is the Polish composer, producer and multi-instrumentalist Olga Wojciechowska. On previous outings as Strië, Olga remained anonymous, eschewing use of her given name and going instead by Iden Reinhart. If that’s not clear, please refer to this handy formula: Olga Wojciechowska = Iden Reinhart = Strië.

Olga is just back from remix duty for Nathan Fake on the Providence Reworks (Part 2) EP released by Ninja Tune. Olga had four pieces featured on the record and, inevitably, garnered the positive attention of press and fans alike. On the back of such illustrious work, it’s great to have Olga releasing with Serein once more.