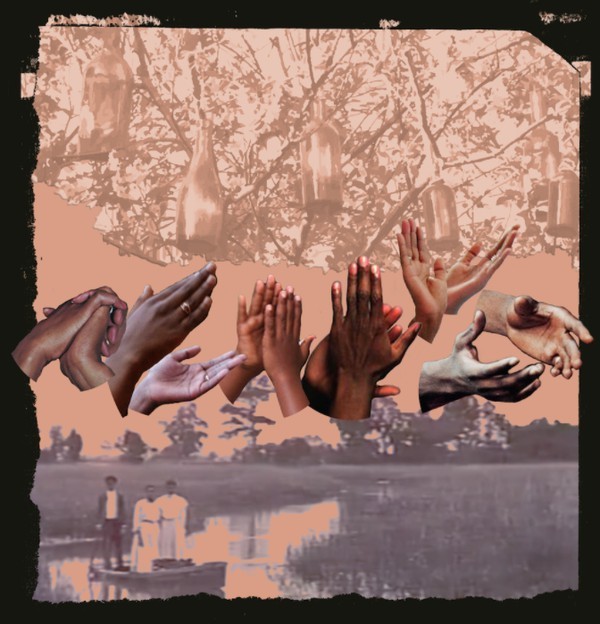 ” “Gullah man, Geechee woman / introduced to the North American continent / by way of evil landing.” “Gullah Geechee”‘s spoken word is a primer on the dialect, history, tradition and folklore of the Gullah and Geechee people, descendants of West African slaves wholive on the Georgia and South Carolina sea islands. That might seem like sober fare for a house record, but Theo Parrish and his collaborators—Carolyn Ferrari, Craig Huckaby, Jovia Armstrong and Keith Beber—tell the story with a sharp wit and an easy musical sense.

“Gullah Geechee”‘s craftiest trick might be its vocal layering. As the quartet’s clap-chorus combination thrums underneath, Huckaby and Ferrari go back and forth with additional verses, alternately celebratory and sardonic. (“Say our language is broken English / but we speak whole African adapted for a new land,” goes one line.) This layering sounds like it would be easy to get wrong, but the chorus remains both unobtrusive and completely vital. A wriggling bassline and stubby Rhodes keys support the rhythm, but it’s the claps and vocals that give it life.

“Preacher’s Comin” eases into a classic sample-based Theo Parrish sound. The honky-tonk piano vamps give it a ragtime twist, with a repeating vocal—”preacher’s comin'”—that dictates the track’s ebb and flow. It’s one of Parrish’s strongest A-sides in a while, but “Gullah Geechee” is a shade better—rivalled only by “Footwork” and “Long Walk In Your Sun,” it’s among the most distinctive tracks of his recent catalogue. “