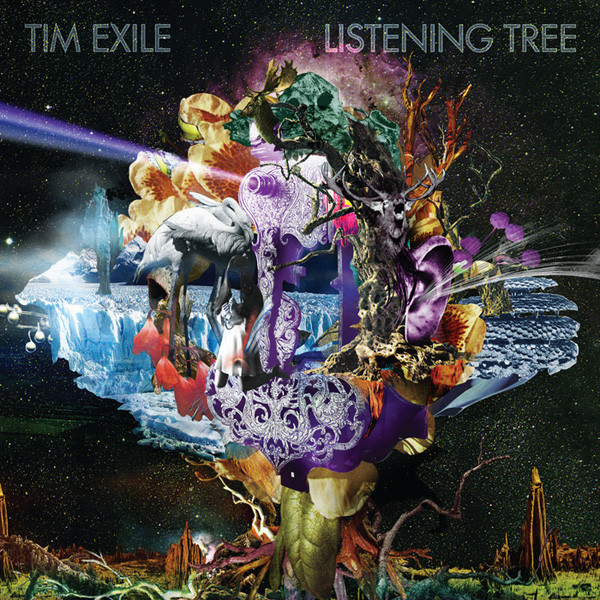 “Tim Exile is set to release his second album, Listening Tree, through Planet Mu and Warp later in the year.

Exile began his musical career in 2000, releasing drum & bass on labels such as Beta and Moving Shadow, but as the years progressed, his sound started to become more complicated and abstract. This was mostly due to his obsession with the Reaktor software, which enabled him to spend much of his time creating new and interesting sounds from scratch. His debut full-length, 2006’s Pro Agonist, saw him add elements of breakcore to his constantly mutating hyper-breakbeats, but that gradual change in style is nothing compared to the total departure that he’s taken on Listening Tree.

Long-term fans may be shocked to know that Listening Tree is peppered with Exile’s own vocal tracks, as he tackles issues such as Britain’s buy-now-pay-later culture, and even the dynamic nature of the universe on “Family Galaxy,” the first single. “‘Family Galaxy’ is about the constant process of change that underpins everything,” explains Exile. “It’s a tale from a thingless world where nothing stays the same. As ‘now’ shines its shifting shades on ‘then,’ so our ideas of what we have done and will do continually morph.”

The result is an eccentric electro-pop album that is just as likely to appeal to fans of Hot Chip as it is Otto Von Schirach.“