A State Of Decrepitude 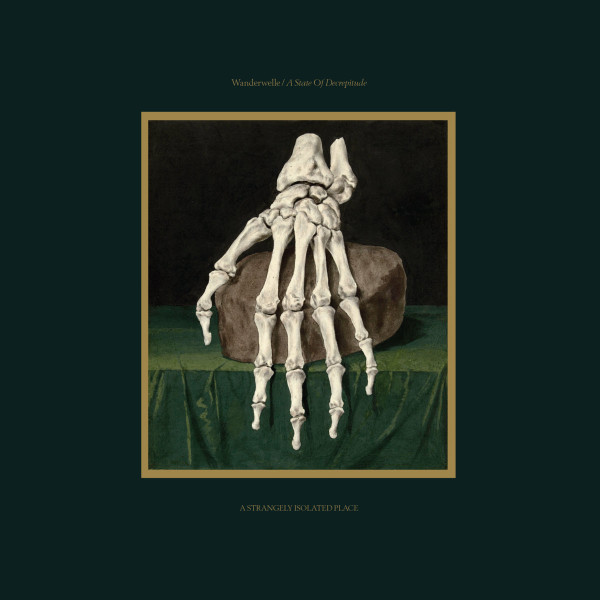 A State Of Decrepitude

Amsterdam-based duo Wanderwelle presents their fourth full-length album titled A State Of Decrepitude. Inspired by the many aspects of impermanence and facets of decay, the duo composed their most intrinsic and detailed production yet.

After two successful albums on Silent Season and a recent collaboration album with Bandhagens Musikförening on Semantica, Phil van Dulm & Alexander Bartels have applied their talents to create a mysterious soundtrack focussed on the countless faces of deterioration. Recorded in 2018, Wanderwelle’s first electroacoustic album is an anthological approach to a theme that is inseparable from our current global crises.

To find the right sounds for this expansive topic, a vast array of field recordings were collected. Wanderwelle recorded disintegrated echoes in churches, broken machines at abandoned industrial spaces and the eroding forces of waves and winds. Furthermore, archival recordings were used to revive episodes of ruin from bygone eras that fell victim to the ravages of time. Finally, the duo recorded several pianos and a church organ as -in their philosophy- these instruments symbolize the crumbling of religious institutes and socio-economic structures.

A State of Decrepitude is a soundtrack to humanity that once was. But, what can seem like closing credits to our world today, can in fact help shine a light on the fragile beauty we find in the everyday. As Wanderwelle put it, “The most interesting part of decay is its beauty; the craquelure on a painted door; crumbling walls of ruins from past days; cliffs battered by the eternal pounding of waves – all are reminders of the temporality of man’s existence and its surroundings. It makes one aware of our short presence on Earth”.