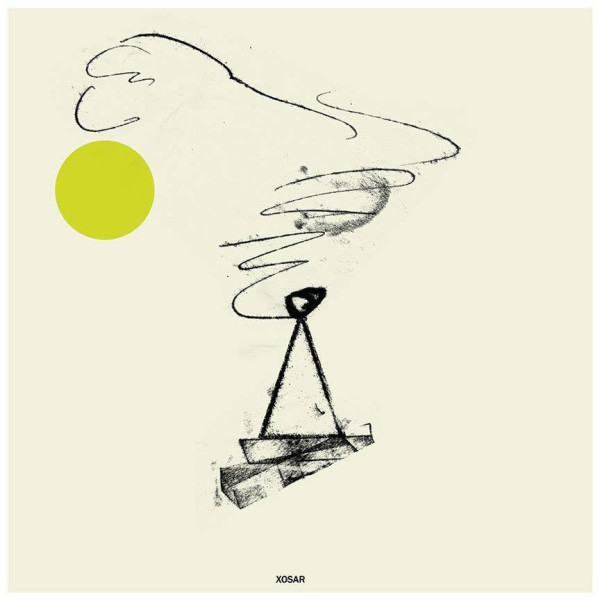 “Moving away from cassettes to good old wax, you might expect Black Opal to be the more club-oriented arm of Opal Tapes, but so far the young imprint has mostly released material that wouldn’t have sounded out of place on its parent label. Cloudface’s wonderful untitled record was a subdued affair, while Ñaka Ñaka’s Mundo Harsh clothed its bangers in baggy coats of reverb. Only Patricia’s Body Issues made a run for the dance floor, but even that one was originally a tape before it was a 12-inch. Let Go, the first release on Black Opal from XOSAR, real name Sheela Rahman, feels like the first full realisation of the label’s potential. Though it’s as weird as any Opal Tapes release, it’s also brutal peak-time techno.

Most of Let Go indulges Rahman’s more aggressive side: the clanging metal of “Prophylaxis” is a techno dungeon nightmare, while “Hades Gate” sounds like helicopter blades slicing through the air. They’d both be suffocating if they weren’t so viscerally thrilling, and there are a few breaks in the offensive to let you take a breath here and there. The heavenly Detroit glide of “Sail 2 Elderon” makes for a nice floaty counterpoint, while “Tales From The Tenderloin” weaves spooky synth lines over drums that bounce like they’re made out of rubber, an example of Rahman’s knack for finding tactile texture in lo-fi sounds.

Opener “The Pit” is the real standout, plunging the album into heaving techno in its very first moments. This one triggers chimes and dings at odd intervals, as if it were bumbling through a busy arcade, and the overstuffed feeling almost becomes absurd once Rahman jams a kick drum in there. The chiming returns in “The Gnome,” a lighthearted interlude that smears vocal samples like jam on toast, and again on “Watching Waiting Wanting,” which closes out the record like a more restrained sequel to “The Pit” (though it still rips pretty hard). Those recurring high-pitched sounds help pull Let Go together into a cohesive record rather than just a handful of analogue improvisations. This approach trickles down to the individual tracks, too. Where Rahman’s past records sometimes felt aimless, Let Go outlines a path and takes it right to the brink of destruction.“