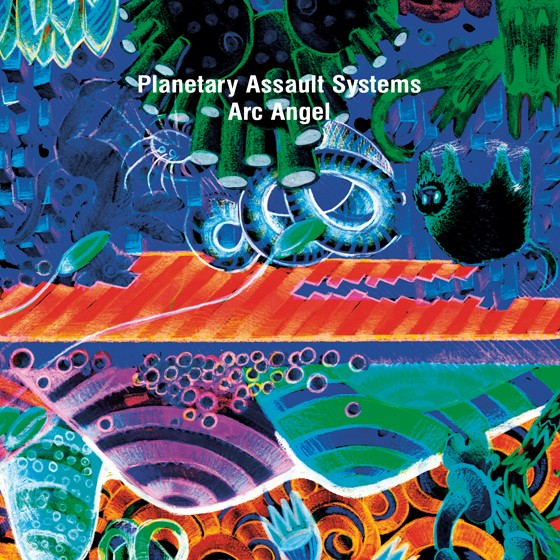 After 22 light-years Luke Slater’s Planetary Assault Systems keeps exploring space and time with different musical means. Staying true to the project’s initial mission statement, Slater comments on the new yet familiar musical direction: “For me music has to go forward. I’d feel I was cheating by sticking to tried and tested formulas. There’s a valid use for these, but this album has its own agenda.” With Arc Angel, Planetary Assault Systems departs to new musical frontiers by focussing on melody, but staying rooted in the purist values of Techno that Slater shaped over his decades- and generations-spanning career.

While the album title may sound like a reference to spiritual matters, it hints to rather secular affairs – piety is a relict of the past after all. Arc Angel is a postmodernist, non-comfortist Techno album first and foremost, catering as much for club contexts as for accessibility in new melodic terms.