Back in 96 Arnaud Galoppe aka Focal launched a weekly radio show he held for 6 years. From this experience, the French dj/producer retained the sharpened requirement of live broadcasts. Behind the decks and under moniker Kinosura, he juggles with delight between genres. His mixes offer a rich and eclectic journey, just like his musical influences, creating a timeless and classy universe that weaves ambient, house and techno.

Focal joined French label Ultimae Records in 2011 to manage the record shop in Lyon. He released a remix on James Murray’s Ghostwalk EP in 2016 under his Kinosura moniker. His first double-sided compilation POLARITY is out now. 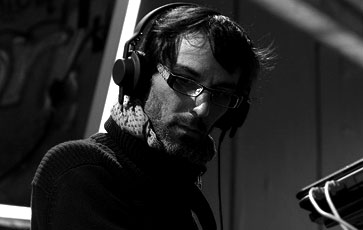