In the 90’s, Opale discovers ethnik psybient downtempo and embraces the psychedelic culture, a revelation that changed both her life and its perception.

Invited around the globe to perform at a wide variety of events such as Burning Man in Nevada, surfing from the Trance to the Contempory Arts scene.
For a few years she has been building up the tempo, collaborating live with various artists such as Adn at the Ozora Festival, the epic World People pirates, the Eclipse and Open Mind in Canada ; with Don Pedro Askata on electronic drums at the Boom, the Karma Kusala and Aya Atma, Lakay  with his trumpet at the Hadra Festival or with Tasha at the famous Chrysalid & Wildthings in the UK.

Opale weaves electro-world grooves with waves of beyond the border emotions delightfully, inviting us on a journey through the most celestial and tribal depths, arousing the intellect and the senses.

Her passion led her to become responsible for the music programmation of the Harmonic Festival which takes place every summer in the south of France. Launched in 2015, Harmonic is an alternative culture gathering open towards music, environment, spirituality and well-being.

Opale currently works on a compilation to be released on Ultimae featuring works by young artists she met on the road as well seasoned composers of the downtempo scene. 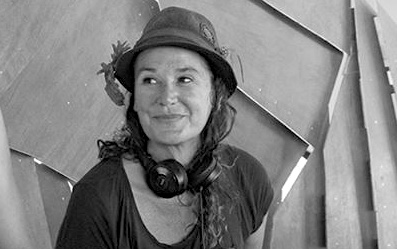