In the late 90s, Göteborg based Swedish composer Magnus Birgersson created Solar Fields, a project considered like one of the most productive and creative in the Scandinavian electronic music scene. As a High-Tech sound designer and multi-instrumentalist, Magnus Birgersson developed Studio Jupiter, a living museum of machines in which he builds his unique sound universe, poles apart from current trends in the genre; with Solar Fields he explores the wide possibilities of electronic music from depth to floating atmospheres, cultivating contrasts and subtlety with brio.

In an interview Magnus recalls: “Music happened to me the day I was born. Been having music and instruments around me in the family from the very beginning. I started to play piano in the 70’s. During this period I also got introduced to synthesizers. In the mid 80’s I started to hook up synthesizers to computers and I’ve been doing that since then. I have also been involved in all kind of different projects, from guitar player in rock bands to pianist in Jazz funk band, keyboard player in drum n bass band.”

He currently collaborates with Vincent Villuis aka Aes Dana on H.U.V.A. Network and T.S.R. in the company of Daniel Segerstad and Johannes Hedberg from Carbon Based Lifeforms.

Under moniker Solar Fields, he composed 11 albums and appeared on over 60 various compilations. The first solo release, [ Reflective Frequencies ] signed on Ultimae in 2001 presented an ambient music patchwork with a constant yet ever-changing structure, at times cold and mechanic, at others warm and soothing. A very promising debut which set the pace for [ Blue Moon Station ] two years later, where the artist explored the high tech downtempo and trance energies and focused on the notion of a long fluid story in a futuristic environment.
Late 2005 Solar Fields composed [ Leaving Home ] and [ Extended ], the later being a limited edition. These two albums received excellent comments from the media and industry professionals, opening new horizons for Magnus Birgersson and his true visionary work.
His 5th album [ EarthShine ], launched in 2007, offered an excursion into upbeat soundscapes blending blasting morning Trance, progressive, original psychedelic, tribal and ambient realms; sculpting his own style with outstanding mastery. This up-tempo opus was warmly welcomed by the progressive and psytrance scenes and playlisted by top Djs.
This led to Electronic Arts (EA) and DICE commissioning the in-game score for Mirror’s Edge, a new first-person action adventure game released worldwide on 14th November 2008. The soundtrack hit the VGC Top 20 Original Soundtracks in Gaming.
The following year Solar Fields composed [ Movements ] to relate the changes in his artistic life. The album was ranked in the top 10 of best albums by Echoes listeners and received excellent press.
In 2010, as in the reminiscence of a dream, he subtly recalled the [ Movements ] harmonies and melodies with an immersive remix album [ Altered ] – Second Movements and started the Origin series, four albums which aim to present archives and unreleased songs.
[ Until we meet the sky ] and [ Random Friday ] two orphic albums composed in parallel confirm his ability to switch and explore new musical genres.

Solar Fields is and forever will be a fascinating artist. 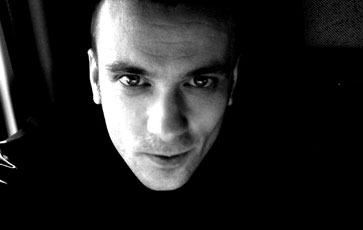