After discovering the trance-ambient and Goa-trance sounds of the early 90’s, Solomoon took up the art of DJing in ’94 and has traveled around the globe exploring the resurgence of the archaic trance-dance ritual.

He has played a spectrum of inspiring gatherings around the US as well international festivals in places such as Italy, Greece, India, and South Africa. In the summer of 2008, he was honored to be invited as a label DJ for the venerable Ultimae Records, France. In September of 2013, he was also welcomed into the USA/Chile based Ovnimoon Records family as a label DJ.

As a full-time yoga and meditation instructor, DJ, and producer, his trance and downtempo DJ sets seek to combine intelligent melodies, tribal rhythms, organic textures, and ethnic emotions in an attempt to explore the transcendental qualities of broad and merging musical genres and cultures by consciously exploring the evolution of spirituality through technology. 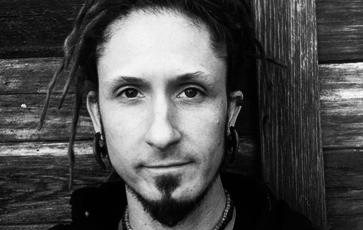