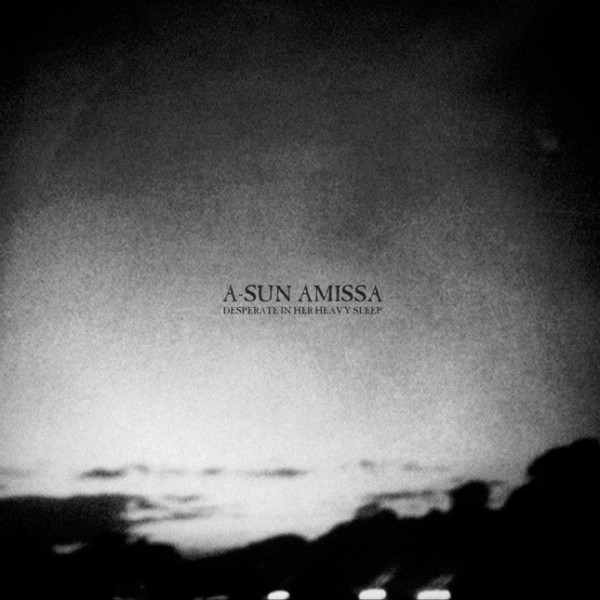 A-Sun Amissa presents an impressive debut album of post-rock/neo-classical drones on Gizeh Records, an independent label based in Leeds (England) focused on releasing records of ambient beauty whilst retaining the strong DIY ethics that have been prominent in the labels success to date. The trio features Richard Knox and Angela Chan of Glissando togther with their long-time friend Owen Pegg, moving away from previous, piano-led output towards a widescreen sound encompassing post-rock and neo-classical traits with avant-garde tendencies. Desperate In her Heavy Sleep features five compositions built from heavy-hearted strings – cello, guitar, violin – rendered and set against sombre electronic backdrops recalling the work of Stars Of The Lid or Deaf Center.