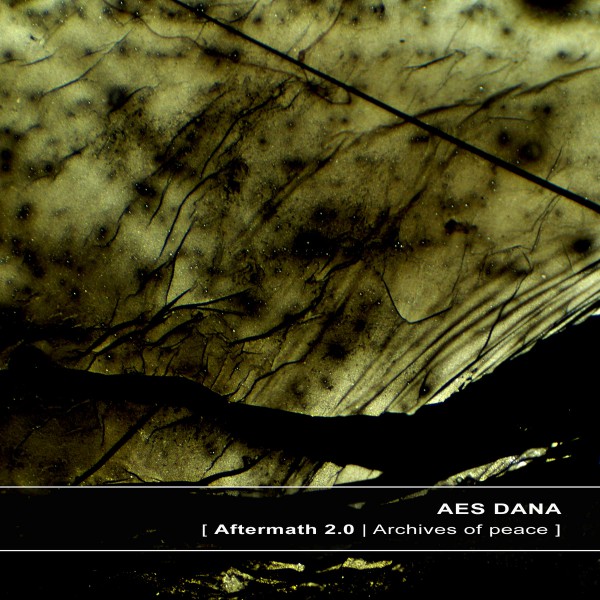 “These Aftermaths which one experiences closely of from afar, at times personal others mediatized, these dark grey or luminous climatic moments.“
Telescoping of natural and urban zones; rhythmics verging on industrial or diving into liquid air; deep bass lines shaking ecstatic drifts – Aftermath aims to be a series of sound photographies of our “beautiful” world in complete rotation. Peace, it seems, becomes precarious, some are trying to archive the concept.
This project from Aes Dana is composed as an eight movements spacey and downtempo tale.