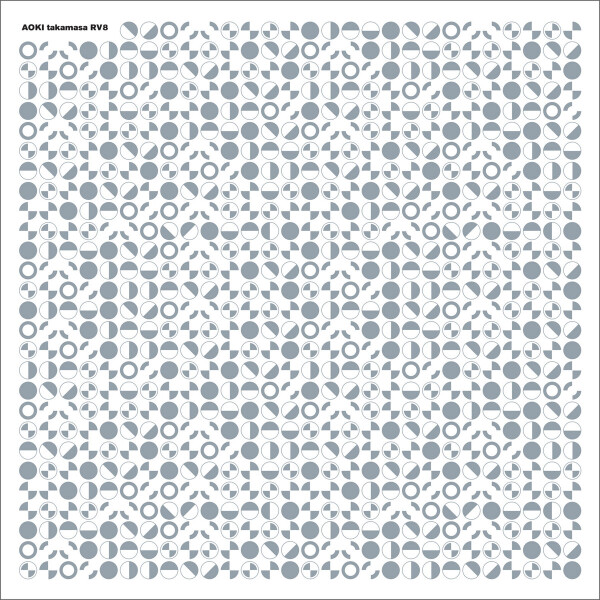 With RV8, the Osaka-based producer and musician Aoki Takamasa continues his longterm project that focuses on the modulation of rhythms and grooves, which began with his first EP Rhythm Variations in 2009, released as part three of the Unun-series. Besides his collaboration with Raster-Noton, he released records on several labels like Commmons, Progressive Form and Op.Disc, produced remixes for well-known musicians like Ryuichi Sakamoto or Yoshihiro Hanno and played performances at, for example, Elektra/Montreal and Club Transmediale/Berlin, all in all making him a renowned producer in Japan and beyond.

Starting with a firework of bleeps and bops, already the very first minutes of his new record reveal Aoki‘s preference for vibrating beats and likewise his playful approach to music, generating a sound that is aiming at the dance floor. Like the first ones, almost all tracks of the record are characterized by a constant modulation of chords and lines that sometimes appears somehow hyperactive, but nevertheless results in a natural flow that perfectly reflects Aoki‘s laid-back attitude combined with his will to produce danceable and funky music.

The fluent arrangement is only interrupted by the third track which forms a caesura by being more reduced and slower. In contrast to this, the following tracks present a faster tempo and an increased intensity; and whereas the first tracks reflect downbeat and r’n’b influences due to their broken beats and chunky sound, the later songs are characterized by a more sleek and technoid style, incorporating dribbling basses, clappy sounding snares and modulated voice snippets.

Although all of the musical components are constantly broken down, modulated, and rearranged, the overall sound of the record is dense and compact, featuring a groove made up of numerous elements that are complexly intertwined. The eight tracks of the record fit seamlessly together and create a composition that nearly functions like a DJ set. The album was mastered by Yoshinori Sunahara.