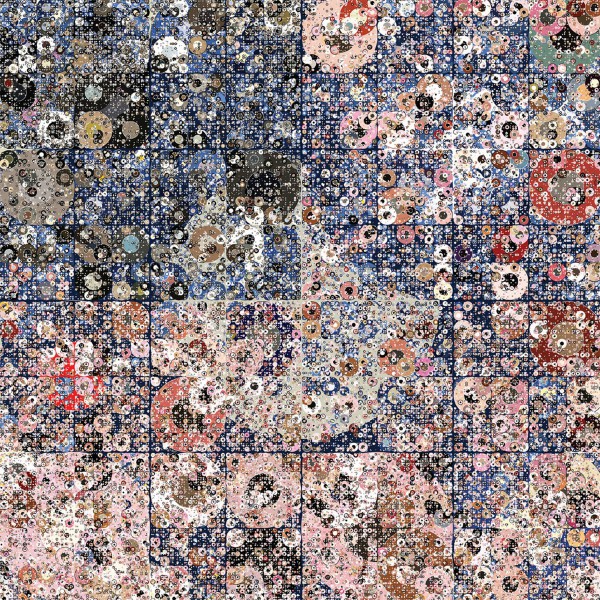 Seismology sees the soaring romanticism of Olan Mill combined with the mind-bending noise of Keung Mandelbrot. Between them they have graced labels such as Highpoint Lowlife, Preservation, Facture and Serein and shared a stage with the likes of Svarte Greiner, Kemper Norton, Simon Scott and Isan. In his solo work, Keung Mandelbrot focuses on experiments in guitar manipulation, using effects pedals and samplers to create intense soundscapes that take the listener from immersive drones to twitchy static. Olan Mill is well known for his expansive take on modern classical and incorporates strings, woodwind, piano and vocals alongside his processed guitar.

Despite having been friends for years, the pair had never previously collaborated but one weekend they decided to plug in and play. The result is a visceral album that effortlessly combines the styles of these two disparate yet complimentary musicians, moving swiftly from enveloping textural drones to broken fragments of noise and intense rhythmic pulses. Recorded using guitars and numerous effects pedals, many of the tracks are left relatively untouched from the improvised sessions which lends the album a refreshing spontaneity.

The title, Seismology, reflects the extreme spectrum of sound explored in the album, from physicallows to shill highs suggesting the idea of sound as a physical force. The album artwork was taken from Holger Lippmann’s ‘Circle‘ series. Each image has an organic quality that alludes their generated inception. There’s a real chaos which is gently refined over closer observation – something we hope people find in the music.

Be the first to review “Seismology” Cancel reply