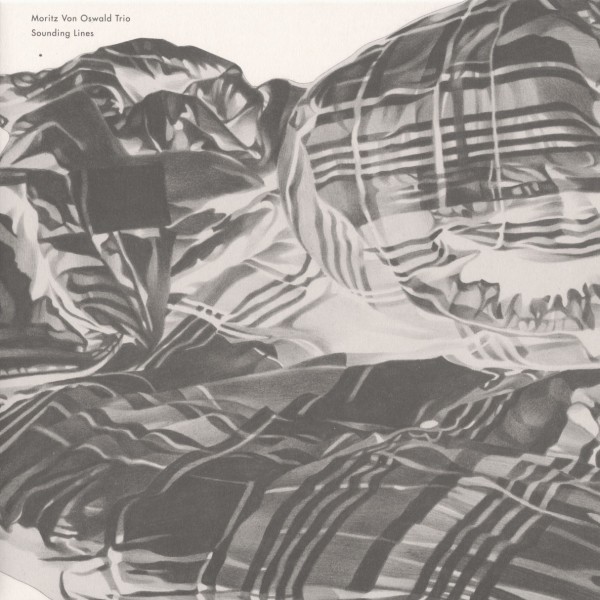 The Moritz Von Oswald Trio opens a new chapter. There’s a new configuration to the project, with Tony Allen joining original members Moritz von Oswald and Max Loderbauer. Allen, the legendary drummer who’s amassed a formidable catalogue both as a solo artist and as part of Fela Kuti’s band, has taken over percussion duties from Vladislav Delay. Together, von Oswald, Loderbauer and Allen form something close to a dream team, two masters of the electronic sphere meeting an afrobeat pioneer.
Allen had already established a rapport with the group before they entered the studio to record Sounding Lines – he’s been touring with von Oswald and Loderbauer for more than a year, playing live shows around the world. There has been an evolution on each new Moritz Von Oswald Trio record, and Sounding Lines is no different. The album, which was mixed by Ricardo Villalobos, maintains the project’s trajectory – a fearless exploration of dub techno, classical music and jazz – but the prevailing mood feels looser and more organic than ever before.

Be the first to review “Sounding Lines” Cancel reply