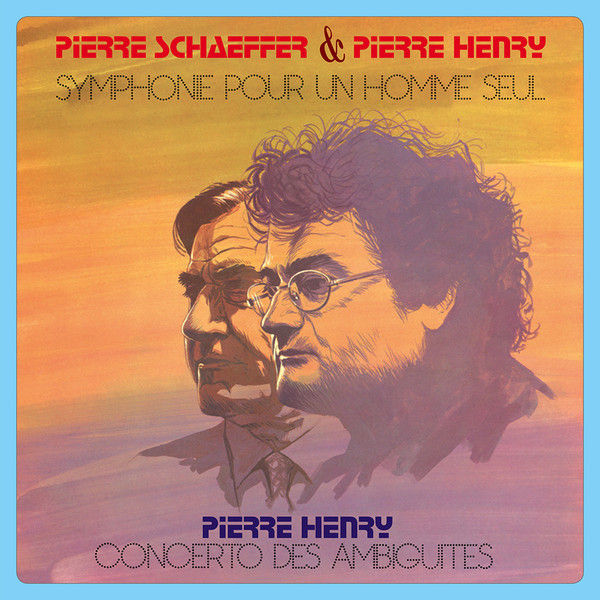 Symphonie Pour Un Homme Seul (1949-1950) First concert performance on March 18, 1950, at the Auditorium of the Ecole Normale de Musique in Paris. First performance as a ballet by Maurice Béjart on July 26, 1955, at the Théâtre de l’Etoile in Paris.

Concerto des ambiguïtés for piano (1950) First performance on August 7, 1950, over the French National Radio. Coreographic version by Maurice Béjart under the title ‘Voyage au cœur d’un enfant (Trip Into The Heart Of A Child)‘, first performed on September 6, 1955, with Patrick Benda, at the Théâtre de l’Etoile in Paris.

Electronic / avant-garde music pioneer and founder of the French musique concrète movement, Pierre Schaeffer, a radio engineer, believed that any sound could be music, and was one of the first to experiment with tape looping, splicing and sampling. He was also one of the first to record music on magnetic tape. Drawing inspiration from the Italian Futurists, he emphasized the double meaning of the word ‘play‘, meaning to play an instrument, but also to have fun and enjoy onesself.

Pierre Henry, a classically trained musician, was one of Schaeffer‘s disciples and together they co-wrote the revolutionary Symphonie pour un Homme Seul, recorded in 1950. Despite its title, it is not a symphony in the classical sense, but a kind of suite divided into 12 movements. It is a musical collage featuring vocal fragments, that are at times recorded backwards, accelerated or repeated, and other sounds like whistles, footsteps, doors slamming, metallic sounds, and a prepared piano. However, what is important about this piece is not merely its intrinsic musical value, but its influence on so many future generations of musicians in so many genres. Symphonie pour un Homme Seul, over half a century later, remains a pioneering experiment in the search for new aural horizons. The Concerto side reveals Henry‘s personal approach to dissonance, with a strong impact of illogical sequences in the piano ‘duel’: the two instruments seem to collide in a furious rejection of the traditional idea of music, generating a clash of noises that reproduce the sonic pollution of the modern times. 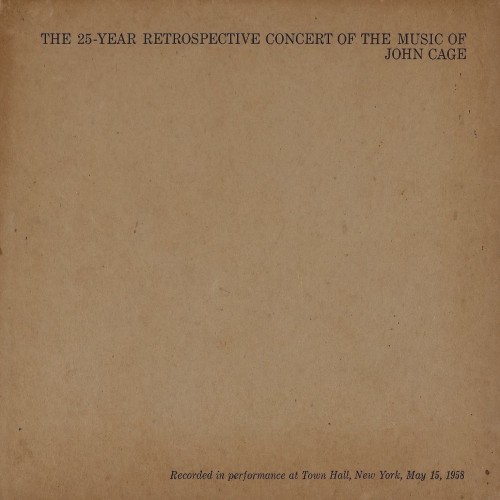 The 25-Year Retrospective Concert Of The Music Of John Cage