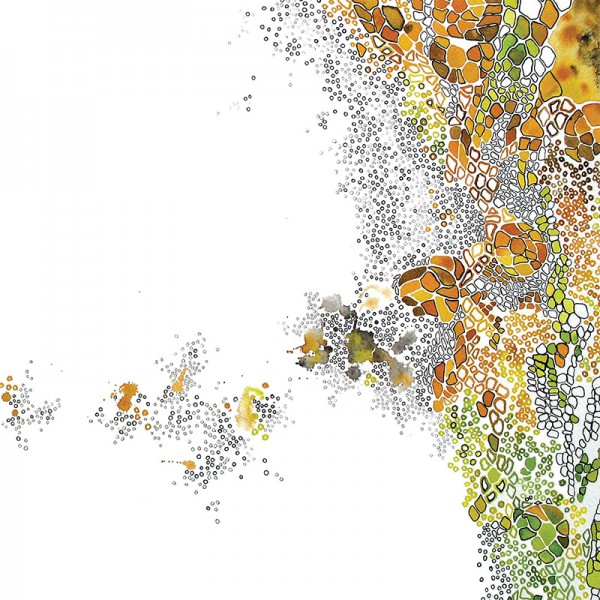 Threethings is the solo project of Ben Worth (b.1979), who spent the first three decades of his life in England before moving to Toronto, Canada in 2010. He first picked up a guitar as a teenager and has been playing around with home recordings in one form or another ever since. From 2007 to 2010 he was a member of the band Kontakte, who during that time put out two full albums and an EP on the Drifting Falling label, and shared the stage with bands such as M83, Epic45, Six by Seven, Vessels and Fuck Buttons.

Threethings started as a project after Ben‘s move to Canada, where he found that he had more time to explore sounds that interested him – playing with pedals, processing and manipulating guitar loops, and combining the results with field recordings, contact mic textures, and other found sounds. Antecedent Conditions features six tracks built up in this way from a base of processed guitar loops and the incidental sounds that were captured along with them. Additional sounds, textures, and instrumentation were added as the tracks were slowly sculpted into their final form – all the while trying to find something beautiful/hopeful in the imperfect and accidental nature of the original recordings.

Be the first to review “Antecedent Conditions” Cancel reply