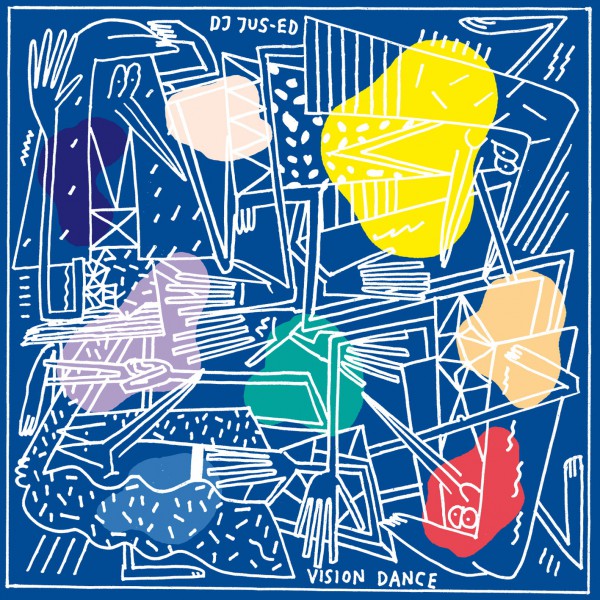 DJ Edward McKeithen aka DJ Jus-Ed is an American producer and DJ since 1982. After numerous 12 inches and the two highly acclaimed longplayers Carnival House and Next Level on his own label Underground Quality, he now releases his third longplayer Vision Dance on the famous incalculable Tokyo based label Mule Electronic.

This time on non of the tracks DJ Jus-Ed disclaimed his voice that regulary enriches some of his productions and his DJ sets with a personal, human touch. Instead only instrumental tracks are kicking a blend of tough, syncopated percussions and ethereal, melodic synthlines that spread pure dance energy. Whipping handclaps here, dark string looped atmospheres, minimal piano melodies and euphoric hi-hats there, and a warm seducing bassline underneath: the formula of the live wire that still throws some of New York’s finest underground house parties regularly is simple and effective.

Some of the tracks are already produced in 2006. Others like Stuck in a train to Berlin or Train Ride to Offenbach he composed in the last years while traveling through Europe to play in such clubs like the infamous Robert Johnson in Offenbach. “The concept of the album is what I see when I play my tracks out on tour” the friendly family man confesses about Vision Dance and adds: “I also made this album for dancers and club heads!” And this no matter if it is in front of your little home stereo or underneath the turning mirror ball: his string of pure house showbags is just made to get your butt in gear.

Be the first to review “Vision Dance” Cancel reply