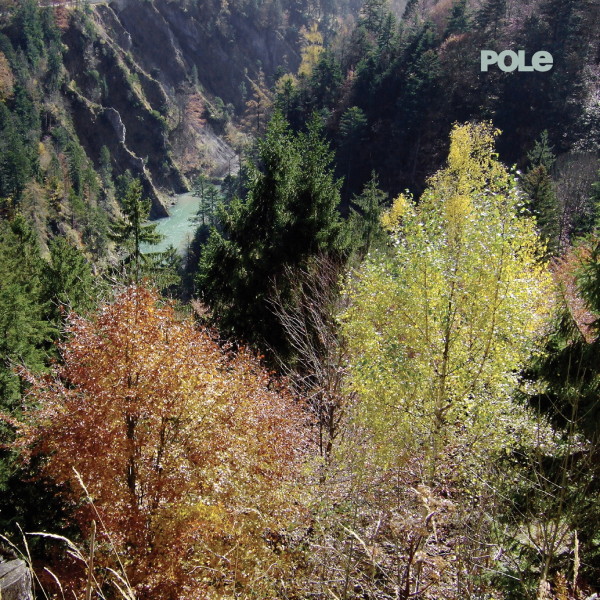 Wald begins immediately, ends abruptly, and is divided into three acts over three tracks. It is the first studio album under Stefan Betke‘s Pole moniker for eight years. Eight years is half an eternity in the digital age – yet the pieces on Wald seem timeless, or to have fallen from time. Stefan Betke: “After Steingarten I was on tour for two years. At the same time, Barbara Preisinger and I set up our record label ~scape. Those were two hindering circumstances that were not exactly conducive to a creative restart”.

The new compositions on Wald do not deny their inheritance within the continuum of Dub, yet they bring an entirely new vocabulary to Pole‘s sonic and spatial universe. We know this from the visual arts, when an artist develops a kind of symbolic vocabulary that becomes inextricably linked with the artist himself. These symbols are delimited until they become exhausted, and thus the search begins for a new alphabet or vocabulary, in order to conjugate it once again. The same, but different. “If Wald had nothing to do with the world of Pole, then I would have come up with a new alter ego and produced it under a new name.“