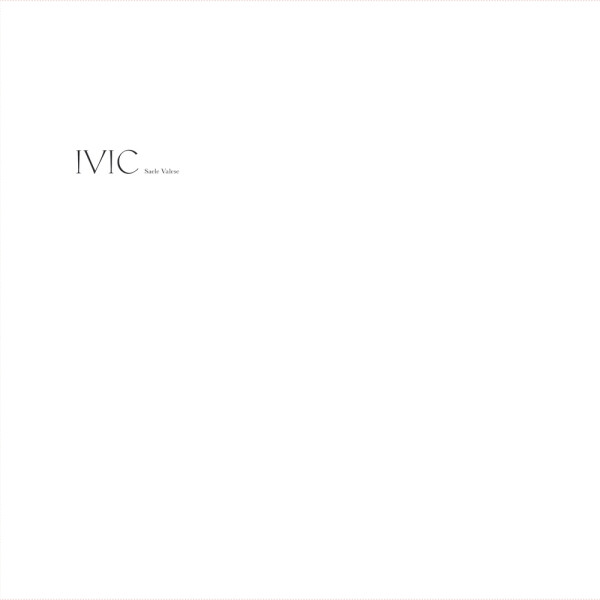 In IVIC, his debut LP, Saele Valese distills hauntological noise, droning tonal experiments and minimalist rhythms into a series of electro-acoustic-wave ventures written over five years in Berlin, Saas-Fee and Thun. Drawing influences from the psychoacoustic properties of the live album format, IVIC’s 11 tracks were mixed and recorded live on DAT cassettes and through DAW experimentation, without the possibility to revise the final recordings. Valese adopted this approach to conceptually propose reconciliations between the irreversibility of the past, and acceptance of its residuals in the present. The track titles themselves follow this pathos, citing the works of the American photographer Francesca Woodman and the poet Sylvia Plath. The inclusion of passages incorporating live sonics and throes of industrialismnso,ton.info contributes to the images of gravity, intimacy and spatiality that the music presented here invokes.

In keeping with this imagery, the music possesses a dilated, shuffling rhythmic base, much like the firm traversal of a tanker against a storm of jangling components, and still moments of gloomy sonics alternating with more ravenous upheavals of power electronics. If the track divisions do not pass by unheeded, they are consistently assembled to sonically accompaign the emotional charges and momentum of an imaginary cinematic experience; the beats caves in for instants of relief, only to recoil in a cognated tempo but rearranged structurally. In another gesture of cogitated stride, the portentous waves of the record progressively rage into a turmoil in its third quarter during ‘Horse The Color Of Rust‘. The album reaches its closure fluctuating through microtonal oscillations to slowly eclipse into silence.