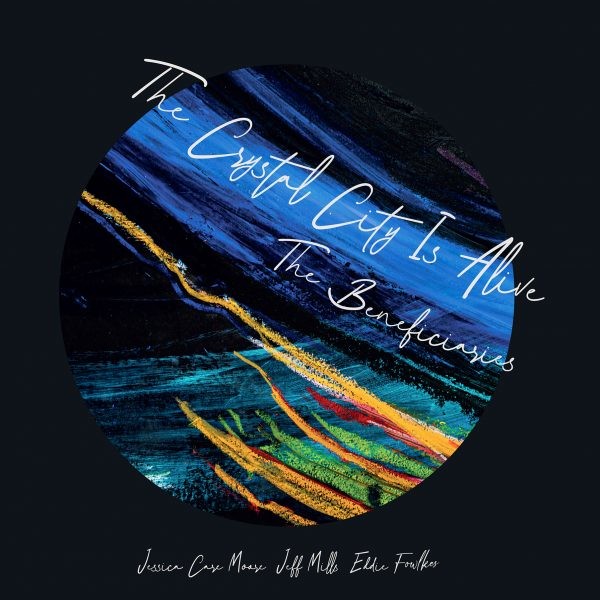 We recognize Jeff Mills and Eddie Fowlkes as two of the originators and progenitors of Detroit Techno, and as artists who’ve sustained a near 40 year practice as prolific keepers of the Motor-City’s culture-advancing musical flame .

Jessica Care Moore is an internationally reknowned poet, publisher, band leader, multimedia event impresario and recording artist. She returned to her hometown nearly a decade after long stints in Atlanta and New York, where she first gained acclaim as a multiple time winner of The legendary Apollo Theatre’s legendary and uber-competitive Amateur Night. The poet’s sermonic delivery of her lyrical tapestries on The Beneficiaries brings the rich, prophetic and radical political vein of African American Freedom movement poetics into Techno in ways not heard so overtly, militantly or evangelically before.

Mills, Fowlkes and Moore are beneficiaries of Black Detroit’s multi-dimensional legacies of self-sufficiency and sonic futurism. They represent a triumvirate of diversity haling from within Detroit’s creative omniverse, assembling to lay down a crossroads of their own conjuring and coordinates.

Working together for the first time, with energetic ergs of mutual respect, The Beneficiaries bridge parallel and wildly divergent streams of artful productivity— drawing freely, symphonically and cinematically from Detroit’s historic infinitude of visionary, polysemic and polyrythmic possibilities. Through The Beneficiaries we witness deeply rooted Detroit artists once again harnessing The D’s capacity for projecting elevated forms of Black musical consciousness into global arenas of circulation, appreciation and rumination.