Lubos Cvrk is a Czech artist based in Brno and born in the late seventies. He performs under moniker Ambientium both as a DJ and a music composer.

Originally a guitar drums and flute player, Lubos set up his electronic ambient/downtempo project back in 2007 and since then released an LP and a few Eps on labels such as Kahvi and Mindspring Music.

As an eco-activist, he set up studio in a newly built straw-bale family house. His sound is often described as rich and visual, recently getting deeper and infected by analogue warmness and bass driven, with gentle moments and subtle hidden emotional layers.

He has been touring, both as Ambientium and with partner Fat Cat on a live improvisation project which led to some interesting live chillout performances across festivals in Europe, including the renowned Sziget Festival.

DIGISEEDS is his first contribution released on Ultimae records. 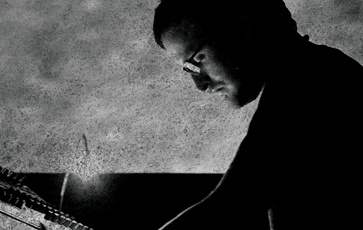