DeepChord and Echospace started off as barely more than a rumor supported mostly by the continuous scarcity of their records. The duo comprised of Detroit’s Rod Modell and Chicago’s Steven Hitchell have spent nearly two decades producing low-key electronic music both bordering on the verge of myth. They’re considered by many the most noted producers operating in the dub-infused aftermath of the Basic Channel axis and all its myriad offshoots.

Once their critically-acclaimed The Coldest Season (LOVE 033CD) emerged on the UK-based Modern Love label, the curtain was unveiled and the sound of Echospace was born.

They’ve often been coined the true heirs to the Basic Channel legacy but their work finds a home somewhere on the outskirts of the galaxy, where Detroit soul ties to Jamaican roots played through a tunnel in deep space. This evocative, immersive sound that is Echospace was born out of a love and passion for analog circuitry, sound design, field recordings and non-conventional methods of recording.

But it’s also work that’s quintessentially building upon the Detroit electronic scene where it was born, and that divine marriage of roots and vision make the work at once so highly considered, so pertinent and so timeless. 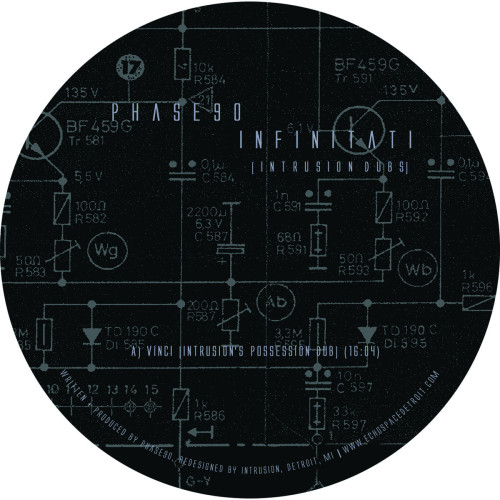